Jing decided to pursue music as a career, undertaking a Diploma in Music in SEGi College, Malaysia in 2007. She was also awarded the Associate Diploma of the London College of Music and Licentiate Diploma in Pianoforte Performance from Trinity College London in 2010.

After graduating from SEGi College, Jing was offered a place to further her undergraduate studies in Ireland.

She was awarded a BA (Hons) in Applied Music from Dundalk Institute of Technology (DkIT) in 2013 and received a full scholarship to pursue her Postgraduate studies in DkIT, in which she graduated with a Master of Art in 2016.

Jing performed for the former President of Ireland, Mary McAleese, and was selected to be included in the Dublin International Piano Festival and in the Young Associated Artists Programme in the Boyne Music Festival.

In 2016 Jing won one of the piano competitions for solo piano organized by the Dublin Institute of Technology and was awarded the Marie Jones Award.

Jing has a great passion for both performance and teaching, and she lives by the quote “every child in your class is someone’s whole world”. 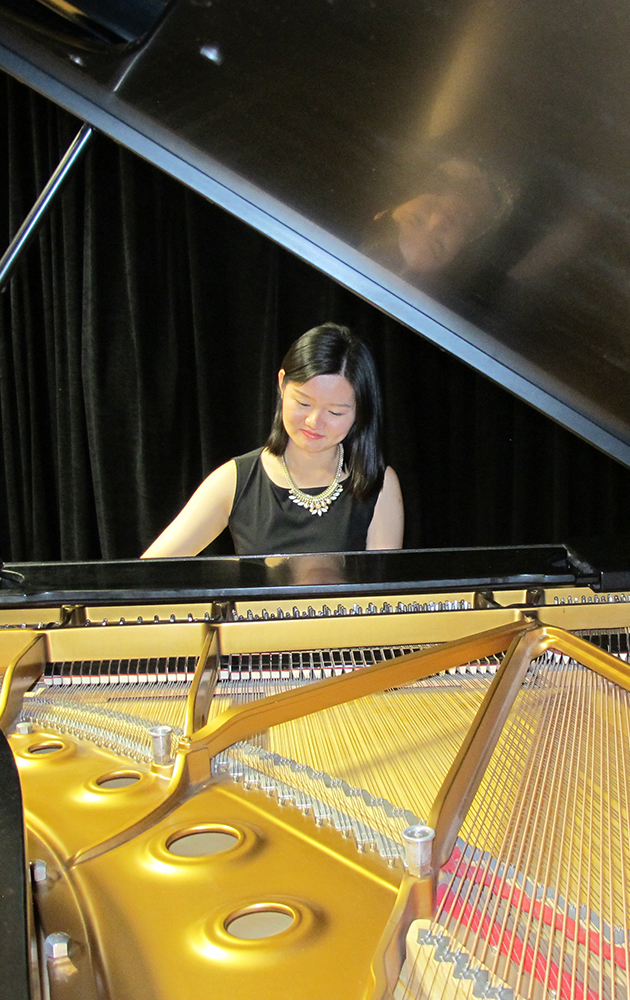