Jamie began learning the drum set at the age of fourteen and soon after began studying traditional Scottish pipe band drumming in his local pipe band.

Throughout his teens, Jamie began writing, recording, and performing music with friends as well as competing nationally and internationally in pipe band competitions with the Black Raven pipe band.

Following his passion for music, Jamie attended the British and Irish Modern Music Institute where he received a BA (Hons) degree in ‘commercial modern music (drums)’. Jamie has also been awarded SCQF level 5 in ‘Scottish Pipe Band Drumming’ under the Scottish Qualifications Authority.

Jamie continues to have a great passion for writing, recording and performing music, which he hopes to pass this passion on to Keys & Strings students. 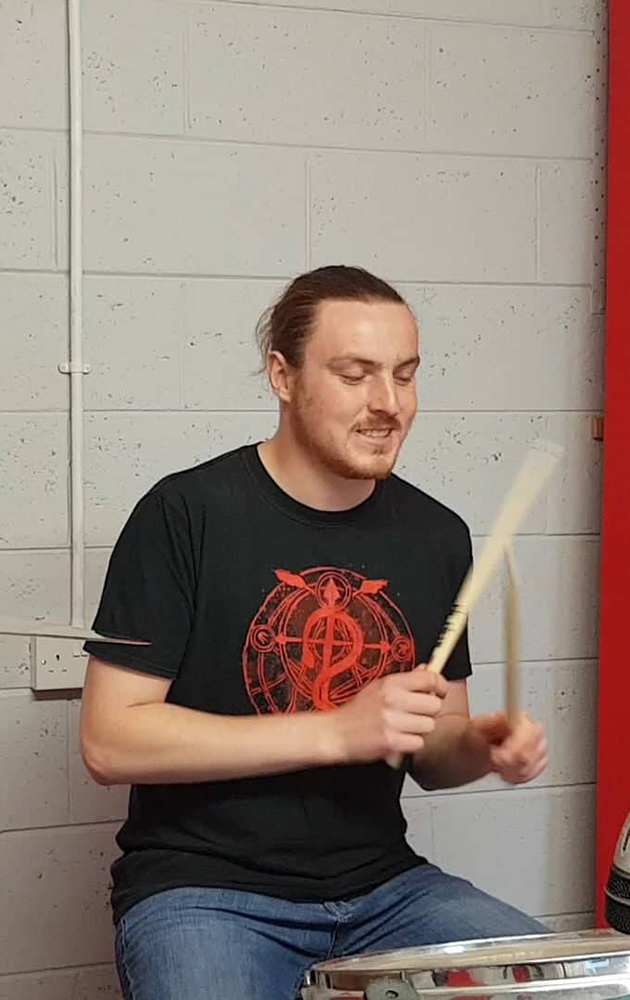